This Wednesday, February 11th was a national holiday in Japan. National Founding Day, or “Kenkoku Kinen no Hi” in Japanese, celebrates the ancient founding of Japan by the first Emperor Jimmu.

This year, I went to see a free taiko concert held by the local “Fujioka Shimin Daiko” group. As usual, their performance was excellent, and a testament to how much work and effort they must put into their practices.

I watched from the back of the auditorium, but even there the force of the rhythmical beating of the drums was powerful. 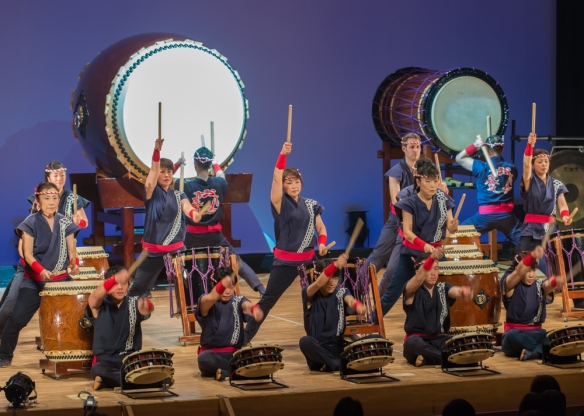